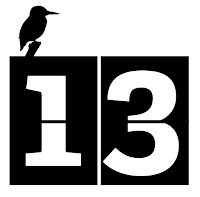 On a wet and miserable Monday, after spending all morning sitting in a waiting room, I decided to settle in for a wild film night.

Touching the Void was first up.  Its style was very different to the other two films.  It was filmed in a drama-documentary way, with interviews with the three characters being delivered direct to camera, interspersed with dramatisation of the events and the stunning scenery of Peruvian mountains.  It's the story of a mountaineering trip gone badly wrong.  Joe Simpson was attempting to climb a previously unclimbed west face of a mountain in Peru, Siula Grande, with his friend Simon Yates.  They reached the summit but as they were following the ridge Joe fell and badly broke his leg.  Simon then attempted to lower him the whole way down the mountain on two knotted together climbing ropes.  This went well for a while until Joe went over an overhang and couldn't support himself for Simon to switch the ropes over.  After some time, Simon was left with no alternative but to cut the rope and let Joe drop into a crevasse.  Thinking him dead, Simon then descended himself.  Joe survived, and over the next three days dragged himself out of the crevasse, across a glacier and back to their base camp.  It is one of the most incredible survival tales in mountaineering, as well as posing a challenging moral dilemma.  Not many climbers or mountaineers could read it or watch it without wondering what they themselves would do in either Joe or Simon's positions.

The film is well made, though I prefer the book as it has a lot more depth to it about what they were thinking and also about the perils of mountaineering, with its stories of other mountaineers who don't come back down their mountains.  One of the most interesting things in the books is glossed over somewhat by the film, which is the explanation as to where they went wrong.  It seems that it wasn't when Joe slipped and broke his leg, though that was certainly the obvious turning point.  It was actually when they first set off and didn't take enough gas with them for their stoves.  This simple error of judgement left them unable to melt any snow to drink after day three, led to dehydration, and from there to various mistakes.  It also forced them to keep going in conditions when they should really have hunkered down in a snow cave and waited for the weather to pass.

127 Hours is a much more glossy film, though I think it suffers in comparison for this.  It doesn't feel as real, and is much more Hollywoody.  It's the story of a canyoneer and climber, Aron Ralston who takes himself off alone to Blue John Canyon in Utah, where he gets his arm trapped under a rock.  Unlike Touching the Void, which is about how to overcome adversity and get down the mountain, most of 127 Hours is about the madness and hallucinations that set in while he is trapped for an extended period of time.  In fact, I couldn't really make much sense of what he was doing with the various ropes and pully systems as these seemed to take second place to confusing flashbacks.  One clear message that came out of the whole film though was that you should always let other people know where you are going.  Aron realised that there would be no-one coming to look for him because no one would have any idea where to start if they even realised that he was missing.

I've seen Wild a few times and read the book too, and absolutely love both.  I found it an incredibly inspiring piece of work.  Unlike the other two fihlms, this depiction of Cheryl Strayed's 1,100 mile journey along the Pacific Crest Trail from California to Washington doesn't have a critical accident at its core, though various things could (and do) go wrong for Cheryl.  She takes the wrong fuel for her stove, her boots don't fit properly and (one of my favourites) she starts her trip with a compass and a book on how to read a compass.  Somehow she gets the hang of it all before it kills her.  For Cheryl, her trip into the wild is a desperate last ditch attempt to fix a life that's become badly broken.  It's a hymn to the restorative powers of nature and how alright it is to be alone.

Funnily enough, I first read both Touching the Void and Wild while on trips with an outdoors experiences company to Glenridding in the Lake District.  Touching the Void was particulary memorable because I read it the night before and the night after a November trip up Helvellyn in gale force winds and driving rain, where we came down in the dark.  That type of full immersion really added to my reading experience!

Together these three films tell me this:  Respect Nature.  She's big, she's tough and she's merciless.  She will kill you if you aren't careful.  But that said, make your preparations properly, know your kit, know your needs and your limits and let people know where you'll be.  Then get out there and do it!  It's particularly telling that both Joe Simpson and Aron Ralston are still climbing today.  That may be why I can sit and watch films of the most horrendous accidents, and then pick up a map to plan my own mountain ascents.