Close Encounters of the Wild Kind 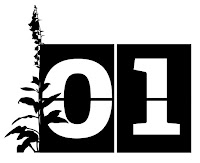 Hello and welcome to my new blog.

Today is day one of the Wildlife Trust's 30 Days Wild campaign, and I'll be spending the whole of June doing something wild each and every day. I've got a few plans, involving the coastline, mountains and valleys and woodland, but I still need to come up with a few more ideas. I'll also be blogging about it all, which is something new for me.

Today being half term I got to spend the whole day with my three kids. The plan had been a trip up to Bamburgh where I was hoping for some rock pooling, but the weather forecast was against us and we settled on a museum day in Newcastle instead.

I had a couple of great outcomes from today: you don't need to go out into the wilderness for some special wild encounters and getting up close to wild animals is absolutely amazing for small children!

We started in Leazes Park, in the centre of Newcastle and backing right onto St James' Park. A Common Tern was circling the lake and the young Coots have reached the cute stage. The real treat though was when we abandoned the soggy playground and went stalking for rabbits along the paths. Moving slowly and quietly, my children managed to find at least half a dozen rabbits, and got close enough for some great views before the bunnies disappeared with flicking white tails. 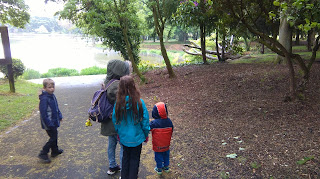 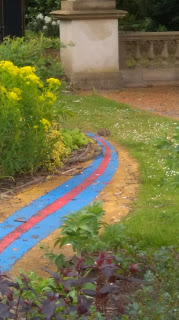 Later in the day we headed down to and across the river to the Baltic Art Gallery. I'm not generally a big fan of the modern art inside the gallery but I am a strong admirer of the birds nesting on the outside of the building. The Tyne Black-legged Kittiwake colony is the most inland colony of these attractive small gulls in the world and is a special part of our quayside, and the viewing gallery jutting out of the fourth floor of the Baltic has to be one of the best places in the world to see these birds. Where else can you get to within mere inches of them without disturbing them at all? 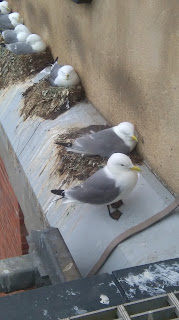 It can be hard at times to get even generally wildlife enthused children interested in bird watching when they are struggling to pick the birds out in the distance or amidst dense foliage. Even I find it rather soul destroying at times! But with close encounters like this it's easy. There's nothing between them and a whole load of wild birds but a protective glass screen. They were enchanted and the Kittiwakes were totally unfazed. 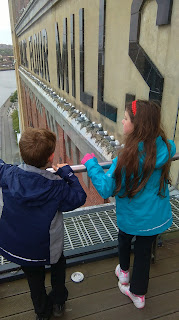 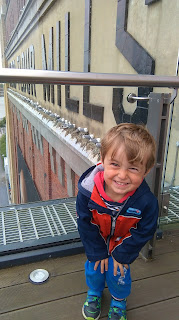 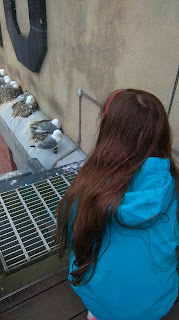 We then moved inside where the RSPB team from Coquet Island was running an event about Puffins and Roseate Terns. We took the kids on the Amble Puffin Cruise last year around Coquet Island, so they were happy to sit for ages colouring in Puffin pictures while I had a fascinating chat with some of the team who spend the summer living on the island protecting and monitoring the birds. They also had some shiny tech to show off and a pair of 360° vr glasses gave me a Puffin-eye view of life on this lovely little island off the Northumberland coast. The Puffin experience left a lasting impression on me! 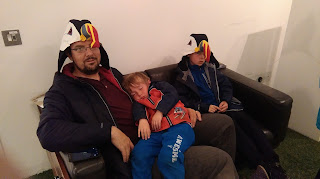 It all proved a little much for child number three who fell asleep during a video about the Terns!

So a fantastic start to my 30 Days Wild campaign and some great wild encounters in the middle of an urban environment.