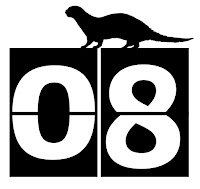 Or The Day I Gave In and Started Listing Moths


The sun was shining, and I'd been stuck in a workshop all morning, which meant one thing: Dragon-hunting in Kibblesworth.

Kibblesworth, or  the Bowes Valley Nature Reserve as it's also called, is my favourite local site for Dragonflies, and is easily accessible by bus from Newcastle, making it perfect for a few hours on a sunny afternoon.  I only really got into Dragonflies and Butterflies last summer, and this was the first time I'd gone looking for them this year, though I had run into a couple of Large Red Damselflies and a stunning Beautiful Demoiselle already. 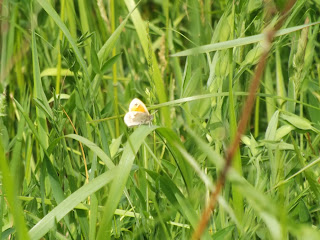 When I arrived at Kibblesworth, I started with the flower meadows, where I quickly found my first Small Heath Butterfly of the year.  There were also several decent sized moths flying around.  I've always resisted getting into moths.  There's something quite off-putting about the sheer number of species you get, and I don't have and can't afford the moth trap I'd need to see many of the species, but on day 8 of my 30 Days Wild I finally gave in and had a go at identifying some of the moths flying around me. 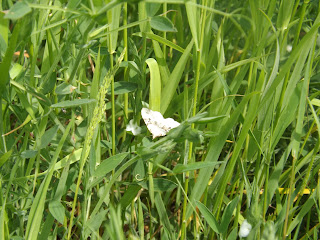 In many ways it makes a lot of sense to keep a list.  There are so many species and it can be so hard to keep track of which ones I've seen that writing it down somewhere can only help.  After all, I can remember every species of reptile I've seen in the UK with ease (Common Lizard, that's it!) but I can only remember a couple of the moths I saw last year.  I'm pretty sure this one is a Silver Ground Carpet Moth. 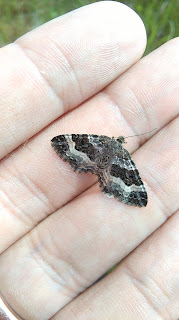 I also saw a couple of Silver Y Moths, one species that I know I saw last year in Gertrude Jekyll's garden on Lindisfarne, a Chimney Sweeper, and this one which I think is a Common Carpet Moth.  If anyone knows better, please feel free to correct me in the comments section!  The other reason behind starting this list is the rather lovely Angle Shades Moth I found on day 7.  There weren't many butterflies around, just the Small Heaths, a few Whites and a Blue that had to go unidentified when it soared past me and up into the trees. 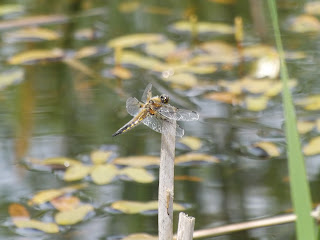 Then it was on to the ponds and the true stars of the show, the Dragons!  Over the winter months, I'd forgotten most of what I learnt last year about dragon identification, and it took me a worryingly long time to work out that most of the dragons I was watching whizzing over the ponds were Four-spotted Chasers.  I'd forgotten just how frustrating they could be to watch, never seeming to stay still long enough to focus on, and only ever perching at the most frustrating angles.  I persisted though, and finally got some great views, which isn't particularly impressive when you take into account the fact that there were dozens of them soaring around.


There were also plenty of blue Damselflies around the ponds too, many of them mating.  I saw Azure and Common Blues and at least one Blue-tailed, a very nice little Damselfly. 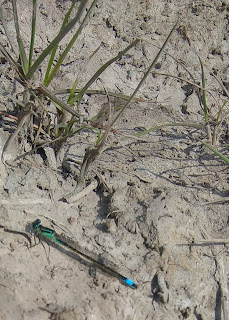 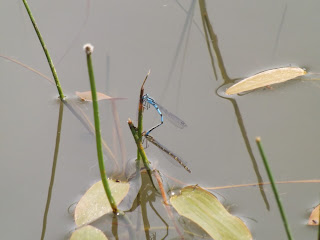 The small ponds further around the site looked a lot more promising this year than last year.  Last year they were mostly dried up but now they seem to have a decent amount of water in them.  Here I found a Large Red Damselfly, some more 4spots, and then one which was very obviously different.  I was hoping for a Black-tailed Skimmer, one I'd never seen before that is apparently found at Kibblesworth, but when it stopped right behind me I could tell it was actually a Broad-bodied Chaser, though it was gone again by the time I got my camera out.

So a decent start to my dragon hunting for the year.  Next on the list is a trip along the Derwent for Banded Demoiselles, one of the real stars of the region.