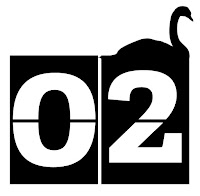 One of the most frustrating parts of birding is trying to pick a rare bird out of a large group of very similar looking common birds.

But one thing I've learnt to be true is that whenever you think you've got it but you're not really sure, you haven't got it.

When you see it, you'll know it.

That certainly proved true this morning when I headed up to the river Wansbeck to look for the Bonaparte's Gull that has been hanging around there the last week or so.

After three days with the kids, an early start was a lot more difficult than usual and it was quite a struggle getting up when my alarm went off at 5:30, but the bird has been seen most regularly before 9 so I was on the 6:45 bus to Stakeford, on the south bank of the Wansbeck. A short stroll had me at Castle Island, a favourite roosting site for the gull, shortly after 7:30. And that's when the trouble began! I was the only birder there, and there were a fair few Black-headed Gulls down in the mud and sand below the path. There was no obvious candidate for the Bonapartes but the longer I spent looking, the more my brain started to play tricks on me. I'd pick out a first summer bird that was a slim possibility and slowly convince myself that actually its legs were pinkish instead of red, or that its size difference was significant. By quarter past eight I'd found three or four Bonaparte's Gulls on that little sand bank, and it was time to head over to Blyth where I had a few errands waiting for me, unsuccessful but unable to shake a nagging doubt that just maybe...

I had confirmation of what I really knew to be true while I was waiting for the bus in Stakeford. Someone else had been watching the gull further downstream at the same time I was struggling to tell leg colours in the dim light.

After an hour or two in Blyth I headed back to the river, this time starting on the northern bank and heading for the estuary. That's where I had one of the most incredible wildlife encounters I can remember. Suddenly I found myself surrounded by Swifts, flying up and around the rather steep bank just below the path, along the path and right over my head. The further down the path I walked the better it got. Swifts were flying low straight down the path towards me, coming straight at me only to veer away at the last moment, or coming straight over my head from behind. I was dodging and ducking quite involuntarily after a while, I was so convinced that they were going to fly straight into me. I love Swifts and hearing their screams is the quintessential sound of summer for me, so to have dozens of them quite literally surrounding me was quite the memorable experience.

As I got closer to the estuary they started to disperse, replaced by Swallows, House Martins and Sand Martins which, though close, never had the same (threat of) impact. Then, just past the road bridge, I spotted the Bonaparte's Gull. I knew it almost as soon as I saw it. It just looked different to the Black-headed Gulls around it, and it moved around differently. Then it had a bit of a fly around, coming across to my side only to settle on the far bank again. It flew differently too, more reminiscent of a Little Gull than the Black-heads I'd been watching most of the morning. Finally satisfied, I walked up through the caravan park for a bus home.
Posted by Liam at 13:30