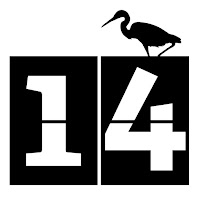 Two bee days or not two bee days?  That is the question.  Because technically this act of wildness took place over two days and an additional evening.

with apologies to Bill Shakespeare. 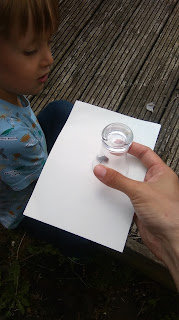 This one started totally by accident.
Last Tuesday I was at my mum's with my youngest child, (preschool age) while his brother and sister were at school.  For some reason my mum's conservatory is totally entrancing to bumblebees so I ended up rescuing several of them with a shot glass and a bit of paper.  Then I discovered that you could feel their buzzing through the paper, which we both really liked.  That led into seeing what different types of bees we could find in the garden.

This is where my lack of preparation revealed itself.  Last year I learnt to identify some of the commoner bee species and I've got a lovely FSC chart showing two dozen of them.  Unfortunately as with so many of the summer species I'd forgotten most of what I'd learned about identifying bumblebees and my fancy chart was sitting on a shelf at home.  So we didn't get much further than recognising that there were a lot of different types of bees in the garden and that they were pretty cool.

We carried on this activity with the other two when they got back from school, once they'd eaten and while they were playing with bubble mixture in the garden.  My daughter also had a bee chart back at home and we both promised to check it later (neither of us ever did though). 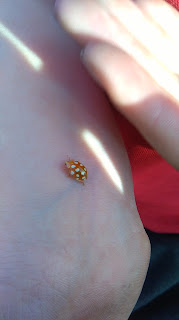 As the afternoon turned into evening, the sun came out and it was glorious.  Rather than staying in the garden or risking them turning towards the TV or iPad for further entertainment, we went around to the Iris Brickfield, a few streets away, for some outdoor play and a bit of wild time.  We'd been here earlier in the day with my youngest and they've added loads of pretty cool play equipment to the place, including an obstacle course that I really wanted to see how my older two would handle.  It's also a lovely little spot for wildlife with lots of long grass, flowers, a pond that looks like it really should have dragonflies and a mix of trees and shrubs.  There were hirundines swooping all around us while we played, and then, while I was sitting chatting to my older son on the platform of a slide I spotted something small and yellow land.  We jumped down to check it out and it was an Orange Ladybird.  I've only ever seen this species once before, two years ago, funnily enough also in a park with the kids, and then it totally blew my mind.  I knew you got different species of Ladybird and they weren't all red but I really wasn't expecting this lovely little orange-yellow thing with white spots.  It was great to find one again and this time to get photos! 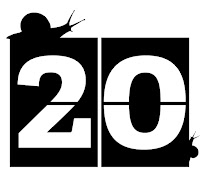 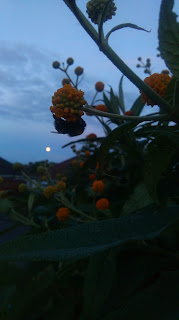 On the evening of day 20 I was walking home from my mum's late in the evening (10-ish) thinking about how I hadn't really done anything wild all day.  Then I passed a large bush by the side of the path with globular orange flowers, and despite the time this bush was covered in bees!  None of them seemed to be doing very much at all, most just sat there, upside down or right way up, with one of two moving around a little bit.


I spent ages watching them, fascinated to see behaviour on a city street from such a common insect that I've never witnessed before.  When I got home and shared this on Twitter I learnt that it is a fairly common thing.  I'd just always assumed bumblebees slept in some kind of hive somewhere, not just hanging upside down on a flower!  Nature always finds new ways to surprise us, it really does. 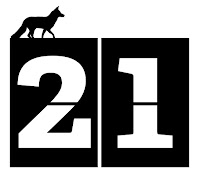 That led nicely into day 21's planned activity, a re-run of our bee safari but this time with the right tools to actually identify the bees.  Well, some of the tools.  I had the chart but I forgot my sample pots and I still need to order the nets.  Together we managed to identify four different bee species in my mum's back garden, with White-tailed, Buff-tailed, Common Carder and Early Bumblebees busily buzzing around her flowers.  We also found an unfortunate Tree Bumblebee that had become squished in the window frame.  After tea we headed back around to the Iris Brickfield, where we were going to be foraging for elder flowers, and I set my daugher a challenge:  to find a Red-tailed Bumblebee.  She was absolutely delighted when she found not one but two right outside my mum's front door.  We also found a much more alive Tree Bumblebee in the front garden and then a Forest Cuckoo Bumblebee, one I don't recall ever seeing before. 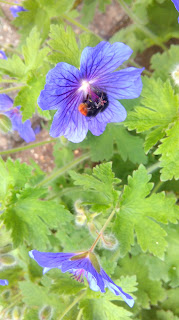 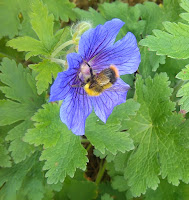 What was really nice about this was that when I first proposed it, my daughter really couldn't be bothered with it.  She's also doing 30 Days Wild, but was quite happy having the foraging as her wild thing for the day.  On the way home she said that it'd been her favourite part of the whole evening.  I think this is largely because I set her a challenging but achievable task that she managed to accomplish.  Red-tailed Bumblebees are probably the easiest bumblebee species to identify but finding one herself made her feel really good. 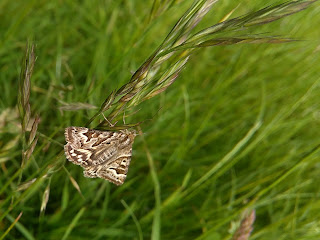 Foraging for elder flowers was really good fun, and then, while the kids went off and had a play I followed a moth around that I'd spotted.  It finally landed and I got a decent shot of its nicely marked wings.  It was only later that night when I was looking at the photo that I suddenly realised what it was.  Its wing markings distinctly resembled the face of a wizened crone, which meant that it could only be a Mother Shipton Moth.  A quick Google search confirmed it and I had a nice new moth to add to my list.  Another one I found in a hedge as we were walking home has been identified by more experienced eyes than mine as a Lesser Treble Bar Moth, which is also a new one for me.


The elder flowers are being turned into elder flower champagne, but that's a story for another day!