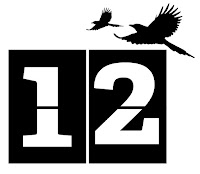 For day twelve of my 30 Days Wild I'm going to do something a little different. Instead of going out and doing something wild I'm going to start my John Muir award report based on my recent trip up to Scotland.

The John Muir Trust have set up this fantastic awards scheme that you can complete as an individual, as part of a group or as a family. There are three levels of awards. I completed the first one and received a Discovery Award a few years ago with an outdoor activities group, and decided that the time was right to take on the second level, the Explorer Award, as an individual, and that my planned trip to the Highlands was the perfect opportunity to do so.  The final level is the Conserver Award.

One of the things I really like about the structure of the scheme is that you can pretty much determine what to do yourself. There is a basic framework, you have to discover a wild place, explore it, work to conserve it and share your experiences and learning. Within this framework you can plan your own activities, with support from the Trust.

Incidentally, the Wildlife Trusts have a very similar structure for their Kestrel award for children, which my daughter will soon be starting.

The first two parts of this were easily done. A wild camping trip around the Highlands and then up to the Black Isle gave me plenty of wild habitats to discover and the opportunity to explore them. It was the conservation part I was struggling with. After all, I was just travelling around watching birds and mammals, I wasn't going to be doing any conservation work, and I felt like a bit of litter picking in the forest wouldn't really cut it.

Then it struck me. I was travelling around some of the rarest and most fragile habitats in our country and looking for rare and endangered species. Simply by doing that in an ecologically responsible and careful way I was doing my little bit for conservation.

The final requirement was to share what I'd done and learnt with others. I'm hoping I'll figure out a way of doing just that by the time you've finished reading.

I'm going to do this in three parts. This one will (has) introduced the John Muir Awards and John Muir himself. Part two will focus on protecting the habitats I was wandering around, while part three will focus on the vulnerable species I saw (and one or two I missed out on).

So, who was John Muir and why does he have an award scheme named after him? 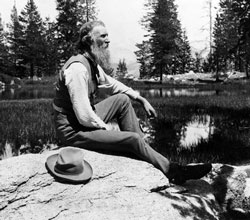 John Muir was an incredible man. Without his work, his dedication and his passion, conservation would probably look quite different today. He was born in Dunbar in
1838 but spent most of his life in America.  He was an explorer, a mountaineer, a conservationist, a botanist and an amateur geologist. His was one of the first voices to be heard defending the wild majesty of Yosemite, and was partly responsible for it being declared the first national park, where previously gold-rushers had cut down mammoth trees. He even found the ear of presidents, and once took Teddy Roosevelt on a tour of Yosemite and persuaded him to increase its protection.

He is the father of the modern conservation movement and a man we all owe a great deal to. His birthplace museum is in Dunbar, and I'm hoping to visit it later this year. He also has a long-distance walk named after him. 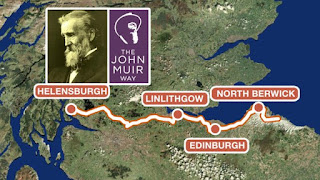 Scotland felt like a highly appropriate place for me to go to attempt my John Muir award!

“When we try to pick out anything by itself, we find it hitched to everything else in the Universe.” John Muir
Posted by Liam at 11:34