The Stars Aren't Coming Out Tonight 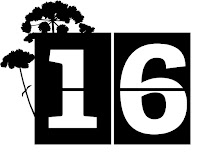 I was pretty busy most of day 16 finishing off a play-house project for my kids in my wife's garden in Blyth, and then settled in for a film night with my mum, when we watched Stardust.
Afterwards, while Take That were belting out the end credits theme, I decided that since I was still quite awake and as it was a lovely summer's evening, I'd sit out in her garden for a while with a wee dram.

Disappointment followed on almost every count.  Firstly, there was but half a dram left in her whisky bottle.  Secondly, there was not a star to be seen.  I really shouldn't be surprised by this.  After all I grew up in Newcastle, and have lived there most of my life apart from a few years in central Liverpool and a time in Blyth.  I've often said in this very blog that there is a surprising amount of nature to be found in our cities and other urban environments, but one of the main drawbacks of urban living is found whenever you look up at night.

Light pollution is such a problem that even at midnight on a fairly clear night you get nothing but a dull, colourless haze.  Now that I've got my hammock, and my bivvy bag has just arrived too, I'm definitely going to get out and spend the night at a few of Northumberland's dark sky sights.  I want to see the stars.  I want to see other planets and other moons.  I really, really want to see the Northern Lights.  What I don't want to see on those rare occasions when I stay up late is reflected lights on the clouds and precious little else.

Some more whisky would be nice too!  Luckily my lovely mother brought me a one litre bottle of Jameson's back from her recent Ireland trip and I still have my whisky flask tucked away somewhere. 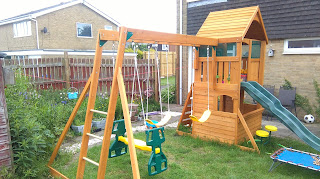 Oh, and in case you were wondering... Here is the play house, now finished.  I still think it would be better if you removed the swings, hung some bird feeders up on those hooks and used it as a bird hide, but my wife and three kids aren't having any of it!
Posted by Liam at 09:48