I was challenged last week by a good friend of mine, the Sedgedunum Warbler, (check out his blog here) as to whether I could count half an hour of sitting on a wall in Killingworth new town as "wild".  As ever, he had a point.  Compared with spending 24 hours in a remote forest or backpacking around the Scottish Highlands, it didn't really feel particularly wild.  But we can't have big adventures like that every day.  In fact, I've found that a lot of my bigger plans for June's 30 Days Wild have been curtailed or at least postponed because the Work Programme has finally caught up with me and filled my diary up with meetings and workshops.  This has left me with a random selection of free mornings, afternoons and evenings, but very few full days or longer periods to get away somewhere truly wild in.

Given this suddenly relatively busy schedule, I've found myself relying more and more on small patches of "wildness", which are generally urban.  These provide a valuable break in my day and I think they are just as important in their own way as the bigger adventures.  Besides, there's something lovely about being able to get close to nature in the middle of a city.  It feels almost like cheating, connecting like that so close to home. 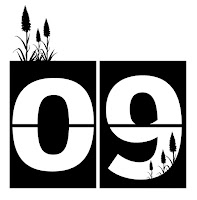 Day nine saw me heading up to Killingworth, a new town built on the outskirts of Newcastle.  Despite growing up in the city I'd never visited Killy before the start of this year, when I headed up to see a Smew on the lake there.  There are actually two lakes, one fairly large and a smaller one just across the main road from it.  It's actually a lovely little oasis in a rather built up area.  My main reason for this visit was the report of some Great Crested Grebe chicks.  I love grebes, but I've never actually seen these little "humbugs" before, though I have seen Black-necked Grebe chicks.  The sun was shining, as I started with the larger of the two lakes. 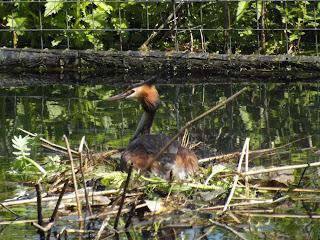 One of the first things I found was a Great Crested Grebe sitting on a nest ridiculously close to the bank, being watched by three other people.  I learnt that one there were three eggs in the nest, two of which had been laid that morning.  I spent a very pleasant hour or so sitting watching the grebes, who swapped places a couple of times, while chatting to a fellow birder, Brian, who I'd never met before. 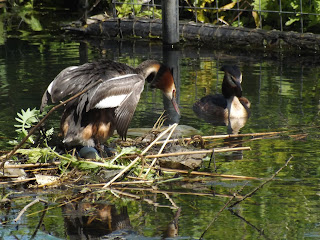 These are really beautiful birds, and the opportunity to watch them so closely was superb.  I'll definitely be coming back to see how they get on.  It was also a pleasure to meet Brian and to swap birding stories with him.  There was another Grebe with a chick on the smaller lake, but it was fairly distant and unfortunately I didn't get a very good look.  Hopefully this pair will be successful and I'll get to see some humbugs next month. 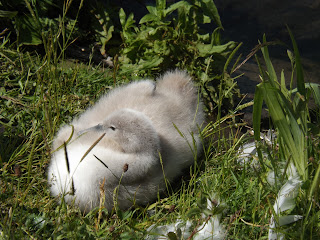 Mallard ducklings and Mute Swan cygnets added to the baby bird list.  The cygnets were the first I've seen this year, and a picture of them went straight to my sister in London, as we have an informal annual competition for the cutest baby bird pictures.

Day ten ended up being another quickie.  On the way to my mum's house in Heaton I took a small detour and spent half an hour sitting by a stream reading my butterfly book.  I grew up near Jesmond Dene and the Ouseburn will always have a place in my heart.  One of my favourite stretches of the river (apart from the bit with the pubs on it!) is the section between the Cradlewell Bypass and the culvert, because it's relatively cut off and quiet. 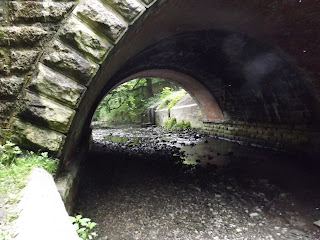 There's a bridge that goes over the river below the bypass, with a small trail down to the bank and it's a lovely little spot to sit, with the traffic well overhead and very few passers by.  I always think it would be a good spot to take the kids to play along the river, and maybe build a troll den (one of the National Trust's extra messy selection of 50 things to do before you're 11 3/4) as the river level here is very low and there's a lot of exposed stones.  It made a lovely place to sit and read about the butterflies I'm still hoping to get out and see this summer, if my diary and the weather forecast ever align.

I didn't see any Dippers or Kingfishers, two of the star species of the Ouseburn, but I did see a lovely colourful Grey Wagtail on the other side of the bridge. 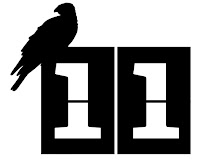 On day eleven, I went out with my mum for a bit of a twitch.  There's been a Red-necked Phalarope on Grindon Lough for a few weeks now, a bird I've never seen before.  I've tried for it once before, on the way down to the Dales with some friends, but we dipped on that occasion, possibly because a farmer on a quad bike flushed everything just as we arrived.  It had been reported again though, so I managed to persuade my mum to drive up there and spare me the long uphill walk from Haydon Bridge.  I got pretty decent views of the bird, considering I didn't have a scope.  It was close in to the bank on the western end of the lough, and easily distinguishable by shape, size and behaviour though I couldn't see the colours or markings in the poor light.  I'm not sure I'd really call this an act of wildness though, as all I really did was drive up, get out, look at the bird for a few minutes and then head home.

What was truly lovely and probably a lot more in line with the Wildlife Trust's aim for this campaign was the hawthorn hedgerows we drove past the whole way there and back.  These were in full blossom, a gorgeous mix of white and pink flowers covering every tree and made the drive up to Grindon Lough a pleasure in its own right.  This transitory beauty is one of the things I find so special about early summer.  These flowers are everywhere for a few days and then they are gone again for another year.