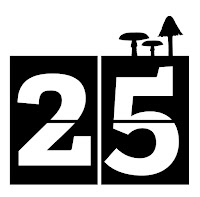 I'm going to sneak in one last blog post for 30DaysWild because I never got around to writing this one up and I rather enjoyed doing it.

As beneficial as a day's birding would have been, I wanted nothing more than a day on the sofa catching up with Netflix.  But I also had to get in something for my 30 Days Wild, so I decided that I'd see what I could see out of my window.

Now, I really don't have much of a view out of my living room window.  Its an upstairs flat in central Newcastle and looks out onto a back alley and the roofs of the terraced houses in the next street along.  There's not a trace of any greenery.  It really doesn't look very good for birding.  It's certainly not like my last garden; a large, wild space backing onto a train line and then a golf course, birding gold!

So I wasn't too hopeful.  This started out as something of a throw-away gesture.  But I surprised myself.  Once I'd set myself this challenge I started paying a lot more attention to what was out there.  It started out strongly with some Swifts soaring high.  Herring Gulls were also passing over and wheeling around pretty regularly.  There were also occasional feral Pigeons flying straight over.

Then a Jackdaw came and sat on the chimney pots opposite.  A Carrion Crow found something to eat at the top of the neighbours' roof, dropped it and chased it all the way down the tiles.  Starlings gathered on the wires and descended en masse into the alley to scavenge among the bins.  A couple of fat Woodpigeons found a chimney to shelter on for a little while.  Magpies soared overhead.  As I got my eye in I was able to pick out the occasional Lesser Black-backed Gull among the Herring Gulls.

One of the biggest challenges was that I could only see a relatively small patch of sky, and often a bird would be past as soon as I saw it.  I learnt how to pick them out quickly, or I missed them when I waited to see them from the second window and they never appeared. 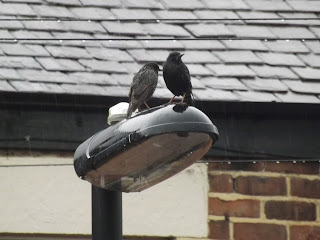 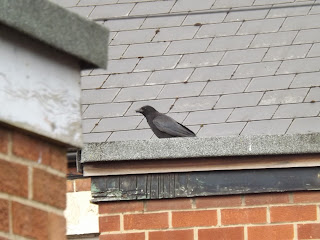 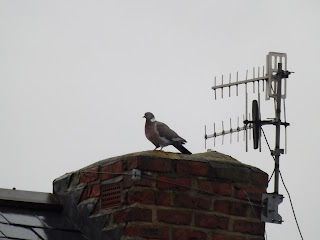 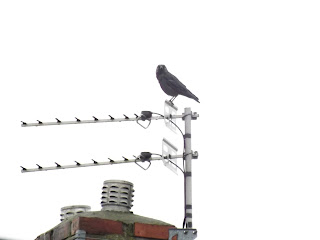